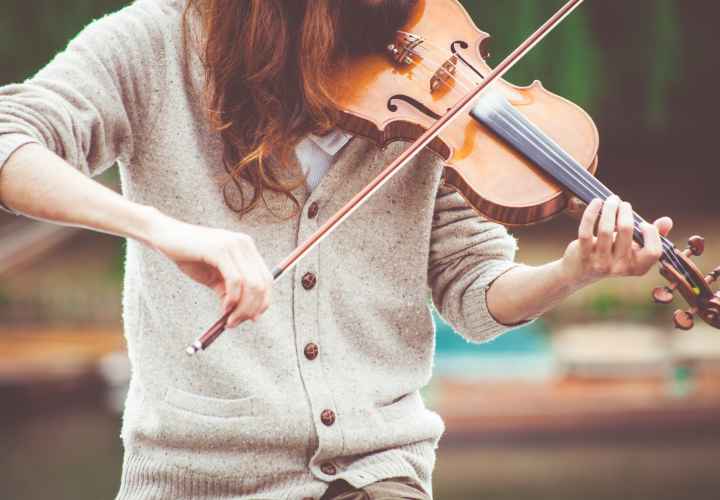 What are the facts of the case as we know it:

-A viola player suffered a life-changing hearing injury at a rehearsal of Wagner’s Die Walkure in 2012;

-During that rehearsal, the noise levels exceeded 130 decibels, roughly equivalent to that of a jet engine. His hearing was irreversibly damaged;

-Mr Goldscheider claimed damages for acoustic shock, a condition with symptoms including tinnitus, hyperacusis and dizziness;

-Damages in the case are still to be assessed, Mr Goldscheider’s claim for loss of earnings alone is almost £750,000;

-The practice of the claimant’s colleagues in the ROH varied, many did not wear earplugs, some wore them throughout. Many members of the orchestra would mark up their music with earplug signs to indicate where the noisy sections would occur and would take turns inserting earplugs in anticipation of those sections. The claimant adopted this practice. However, the claimant, like many members of the orchestra, did not have his own written musical part, it would be left on the lectern in front of the desk at which the player sat;

-The 2012/13 season was to open with Wagner’s Ring Cycle conducted by the Musical Director, Sir Antonio Pappano. The claimant signed up for the Cycle. Included in the advance schedule were notes relating to individual performances and rehearsals. The notes in respect of Das Rheingold and Die Walküre gave no indication of noise levels. If the ROH had previously taken sound measurements from a performance of the opera, this data would be included in the advance notification of the schedules;

-Mr Goldscheider sat in the second desk of the violas at position four for Das Rheingold, in the third desk, position five for Die Walküre. In this position he was immediately in front of the trumpets.

The claimant alleged the following breeches of the Noise at work regulations:

-A failure to make a suitable and sufficient assessment of the risk to the health and safety of the claimant from noise (Regulation 5(1));

-Although the claimant was likely to be exposed to noise at or above an upper exposure action value (“EAV”) (namely 85 dB(A)Lepd) or a peak sound pressure of 137 dB(C), failure to reduce his noise exposure to as low a level as reasonably practicable by establishing and implementing a program of organisational and technical measures, other than the provision of personal hearing protectors (Regulations 6(2));

-Failure to ensure that the claimant was not exposed to noise which, despite the attenuation afforded by personal hearing protectors, exceeded an exposure limit value (namely 87 dB(A)Lepd) or a peak sound pressure of 140 dB(C) (Regulation 6(4));

-As the orchestra pit was in a place where the claimant was likely to be exposed to noise at or above an upper EAV (85 dB(A)Lepd) or peak sound pressure of 137 dB(C), failure to ensure that the orchestra pit was designated a Hearing Protection Zone, demarcated and identified by appropriate signage and the claimant was not to enter without wearing suitable personal hearing protectors (Regulation 7(3));

-Failure to ensure that the hearing protection provided to the claimant was fully and properly used (Regulation 8);

-Failure to provide the claimant with suitable and sufficient information, instruction and training (Regulation 10).

-The Royal Opera House argued that acoustic shock does not exist, and that if it did, Mr Goldscheider did not have it;

-Their case was that he had developed an entirely natural hearing condition, known as Meniere’s disease;

-The noise produced by the professional orchestra is not a by-product of its activities, it is the product. Safety standards to be imposed upon it must take into account the aesthetic and technical demands to which the defendant and its players are subject by the nature of their enterprise. The defendant has taken all reasonably practicable steps to reduce the risk of injury, it should not be required to take further steps as these would unreasonably compromise the output of the orchestra.

What does this mean for the industry:

In the words of Mrs Justice Davies “the reliance upon artistic value implies that statutory health and safety requirements must cede to the needs and wishes of the artistic output of the Opera company, its managers and conductors. Such a stance is unacceptable. Musicians are entitled to the protection of the law, as is any other worker.” The judge also said the foundation was in breach of a number of control of noise at work regulations, and that it was this noise that had led to Goldscheider’s hearing problems. Had the foundation complied with its statutory duty, Goldscheider would not have been exposed to the level of noise he endured, she added.

As an employer you have a duty under the noise at work regulations which extends to performers, musicians, front of house and rear of house staff. This has not changed, however the ruling will likely ensure that the industry employers review their policies and procedures. The Royal Opera House also claimed ‘contributory negligence’. Whilst the judge acknowledged that Goldscheider could have left the area at any time, the nature of the injury meant that he would have suffered the damage before he was able to leave.

Some areas you need to consider to comply with the Regulations and what may need changing following this case:

-Review your H+S policy ensuring that noise at work is considered;

-Noise monitoring. Review your arrangements to measure exposure for all staff who could be at risk;

-Provide appropriate PPE and training on how to use it;

-Musicians potentially exposed above 85dB(A)(LEQ 8 hours) have hearing protection as a mandatory requirement throughout the performance and rehearsals;